Prof. M. Afzal Wani, has been formerly a Member of the Law Commission of India and the First Regular Dean of the University School of Law, GGS Indraprastha University, New Delhi including the affiliated Amity School of Law, VIPS School of Law and the FIMT School of Law. He is marked as a distinguished Indian educator in the Silver-Jubilee edition (2008) of the ‘Who is Who’ in the world. At GGS IP University, he has served as Director, Legal Aid and University Coordination for more than a decade, and contributed substantially in the promotion and popularisation of legal aid and awareness activities in Delhi as an Executive Member of the Delhi State Legal Services Authority and worked very closely with the lawyers and judges in Delhi at all levels, including the High Court of Delhi and the Supreme Court of India. Prof. Wani has worked with prominence in the institutions of national repute, Aligarh Muslim University, Indian Law Institute (ILI) and the GGS Indraprastha University, besides having been associated with executive and academic bodies/committees of many universities like, NLU (Delhi), UPES and Unison University (Dehradun), M.D. University (Rohtak), Kurukshetra University, Rajasthan University, Pune University, Ambedkar Law University (Rajasthan), Central Uinversity (Punjab), Central University (Haryana), Kashmir University, Guru Nanak Dev University (Amritsar), BPS Mahila University (Haryana), Amity University and Baba Saheb BR Ambedkar Central University (Lucknow),to name few.

He has organised scores of academic events at local, National and International levels covering important areas of economy, gender, environment, human rights, nation building, reconstruction judicial system etc. Notably, he co-ordinated the Rule of Law Project of United States Agency for International Development (USAID) with due success to build the capacity of legal and juristic departments of Afghanistan including training of Law Ministry officials, judicial officers (judges, prosecutors and Bar leaders) and law professors of Afghanistan universities as a process of reconstruction of Afghanistan at the initiative of the Ministry of External Affairs, Government of India.

He did flagship the idea of introducing peace perspectives to war torn and disturbed areas by working with ILO in preparing a document on introducing modern labour law standards to traditionally oriented societies.

At home, Prof. Wani co-ordinated Refresher Courses and FDPS for Law Teachers of Indian Universities, many sponsored by the University Grants Commission, and trained hundreds of law teachers from almost all the states of India in innovative teaching and research skills in consonance with the imperatives of new economic order, global justice and education policies. He founded a vibrant placement cell and Alumni Association in GGS IP University and on his recommendation many students acquired degrees from leading universities of US, UK, Australia and Singapore.

Prof. M. Afzal Wani is also the founder and First Editor of the Indrapratha Technology Law Journal as a specialised academic vehicle for incentivising and projecting research in the area of law and technology. He is the Editor of the Religion and Law Review, an international journal, since 2000. He has authored/edited more than 15 books, 90 articles and more than a hundred other legal wrings asconcept notes and comments, reports and book reviews.

He has guided research in Law at Masters and Doctoral levels and has produced 14 Ph.D. scholars so far. His areas of interest are Jurisprudence, Law and Development, focusing on Comparative Jurisprudence and Human Rights in Peace Perspective with main concerns about Legal Research Methodology, Legal Aid, Good Governance and issues related to women, children, tribes and IPRs.

He has delivered many lectures and had interactions with judges as a Resource Person in Delhi and U.P. Judicial Academies.

He has presented papers in various conferences at home and abroad at Oxford, Stanford, Melbourne, Istanbul, Singapore, Kula Lumpur, Penang, Kathmandu, Kabul, Bangkok, Maldives and Jakarta on issues of national and international concern. 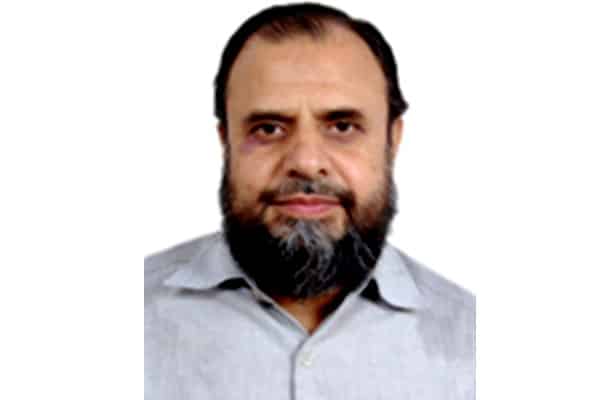